Met Gala 2019: Some Best and Worst Dresses wore by Celebrities! 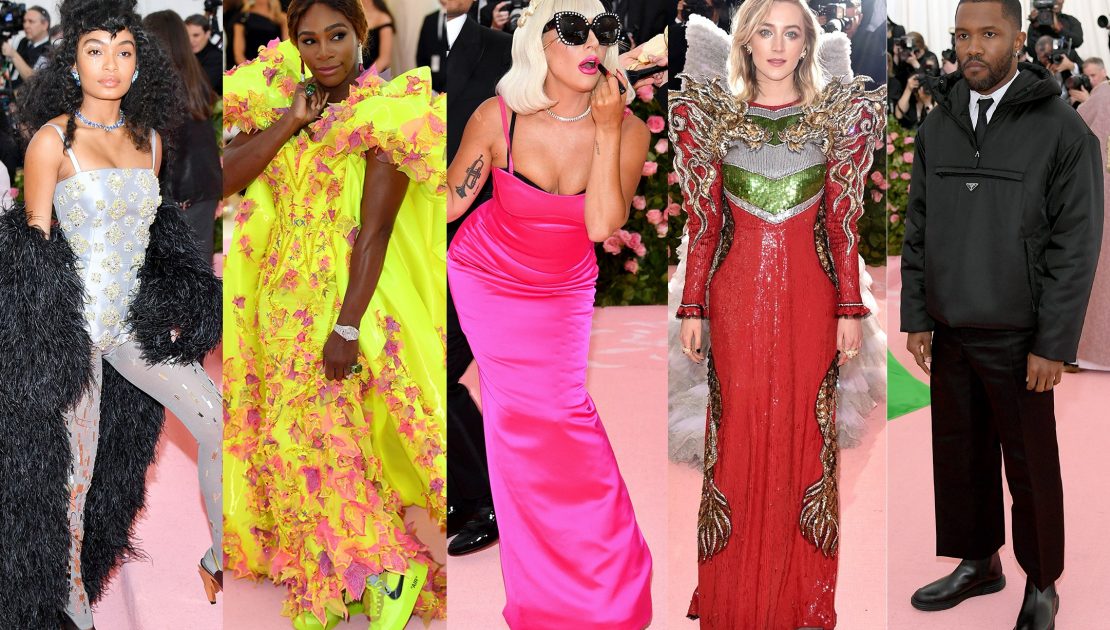 The Met Gala is considerably the biggest fashion night of the year which happens on the first Monday of May every year in the celebration of the museum’s grand opening of the major fashion exhibit. There is always a theme of the exhibition which the celebrities have to follow and dress accordingly yet in a creative manner to make a fashion statement at the gala. This year the theme was Notes on Camp, an essay written in 1964 by Susan Sontag – an American Author. Quite a lot of celebrities showed up at the fashion night and there was a lot of creativity portrayed by designers and stylists in the form of celebrities’ outfits and style. However, quite a lot of basic or rather, uncreative outfits were seen as well. Following are some of the best and worst dresses according to the general public and the overall theme of the evening.

First, let’s have a look at the celebrities who didn’t bother to pay attention to the theme – or the dress up part at all even when it was THE Met Gala! Get disappointed first so the best dresses look even better to you!

Frank is a sensation in the hip-hop world but definitely failed to be the sensation at the fashion night. Maybe he thought that the theme means to literally go out for camping in a jungle or maybe he was just missing his time back in the school or he wore one of his favorite famous movie jackets? We literally don’t know what other reason there could be for someone to dress up like this completely ruining the theme at the biggest fashion event.

At this point we think that Jennifer Lopez doesn’t really care about the theme and creativity; all she cares about is the way to flaunt her figure! The Hollywood red carpets have seen this silhouette a million times, and honestly speaking, much better versions of it as well!

She literally dressed up like Lumiere, the enchanted chandelier from Beauty and the Beast! This is definitely not the theme setters were expecting, but as usual Katy Perry is always on a mission to prove a point and here she did it and it is that she has no fashion sense whatsoever! She might as well have worn the Captain America Cosplay Leather Motorcycle Jacket because of no difference literally!

The Met Gala is supposed to make fashion statements and setting trends not dress up in basic outfits like your everyday formal weal. Did Danai think that adding a cane and hat in her basic long dress would make a fashion statement? Oops. As for Trevor, we can clearly see he didn’t even try. Boy did you forget that you have to get a creative dress for the evening and got late?

Now after getting disappointed with the fashion sense of some of the famous influential people, you should rather get in awe of the brilliance and creativity of the rest of the clan.

This woman right there knows perfectly how to slay the Camp theme. She dressed up in the most creative and artistic dress which incorporated a little Willy Wonka, a little Campy mad hatter and a great deal of Picasso himself. The outfit is a true depiction of art in all essence.

The Cleopatra-esque dress of Billy and the most dramatic entrance at the night made him one of the best and most creative dressed up celebrity of the gala. He was carried onto the carpet with six men dressed perfectly according to the theme just how Billy himself pulled of the Camp theme.

The queen of Camp stunned the audience with her witty and creative fashion sense. The woman transformed her one outfit into four different pieces and it took a village and the designer Brandon Maxwell to reveal her each look all while being on the carpet.

The Jenner Sisters – Kylie and Kendal

Finally, the Jenner sisters dressed up according to the theme and surprisingly also dressed up quite creatively. Their Versace dresses were designed to give off the look of the Cinderella’s stepsisters and we must say, it was quite amazing – both the look and the dress. The credit goes to their stylists, obviously!

For us, these were the top four worst and best celebrity outfits from the Met Gala 2019. It is the biggest and the most awaited fashion evening for many and the public expects the celebrities to do their best and therefore, everywhere we can see the best and worst selections of dresses!